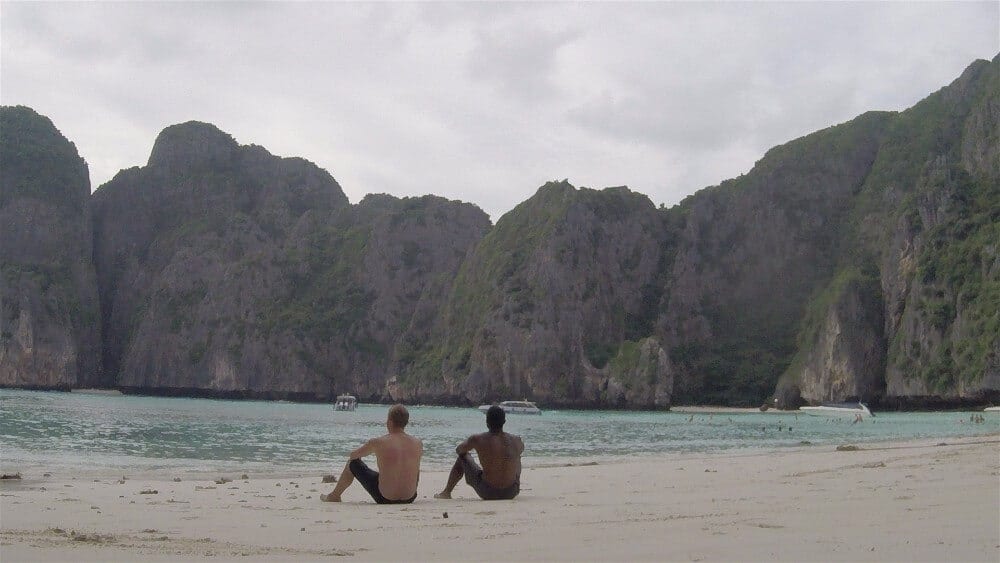 But, I could do that now…so I packed away everything I owned and bought a one way flight to Asia.

My goal was to settle into a foreign place, on foreign beaches, for a short period and sort out my thoughts while I created a scheme to live the rest of my life as I saw fit. I wanted to experience a bit of excitement before I began this period of solitude, so I made my first destination Bangkok – the Mecca and universal starting point for free spirited travelers passing through Asia. My intention was three nights in that chaotic city, then on to the quiet beaches of Koh Tao. That was my plan…but if you want to make God laugh, then tell him your plans.

My first night, I went out on the legendary Khao San road with a few other travelers I met. I had a few beers. I danced lightly. I laughed a little. I was content with my first night back in Bangkok so I called it quits and went back to my hostel a couple of blocks away. Though I was satisfied with the evening, I was still content hanging out in front of the hostel chatting with the other backpackers over a bottle of Thai rum as we figured out who’s adventures were ending and who’s were just beginning.

The feeling of chatting with other travelers as we conversed about nothing felt natural, like coming home after years of being away. As good as it felt, it was 1:00 in the morning and I was jet lagged from my flight that arrived at 6:30 that morning. I excused myself for the night but just as I did, one last backpacker stumbled in from his flight. He clearly had just arrived in Asia, clean shaven with clean clothes, red eyes, and a backpack full of gear.

“So what’s your name?” the lead hippy asked the newly arrived traveler.

And that is how I met Richard, THE Mad Monkey. For the next two months, nothing would go as planned and everything would be done to the limits.

And the entire experience would be unforgettable.