And  so they came.

And he pushed them. 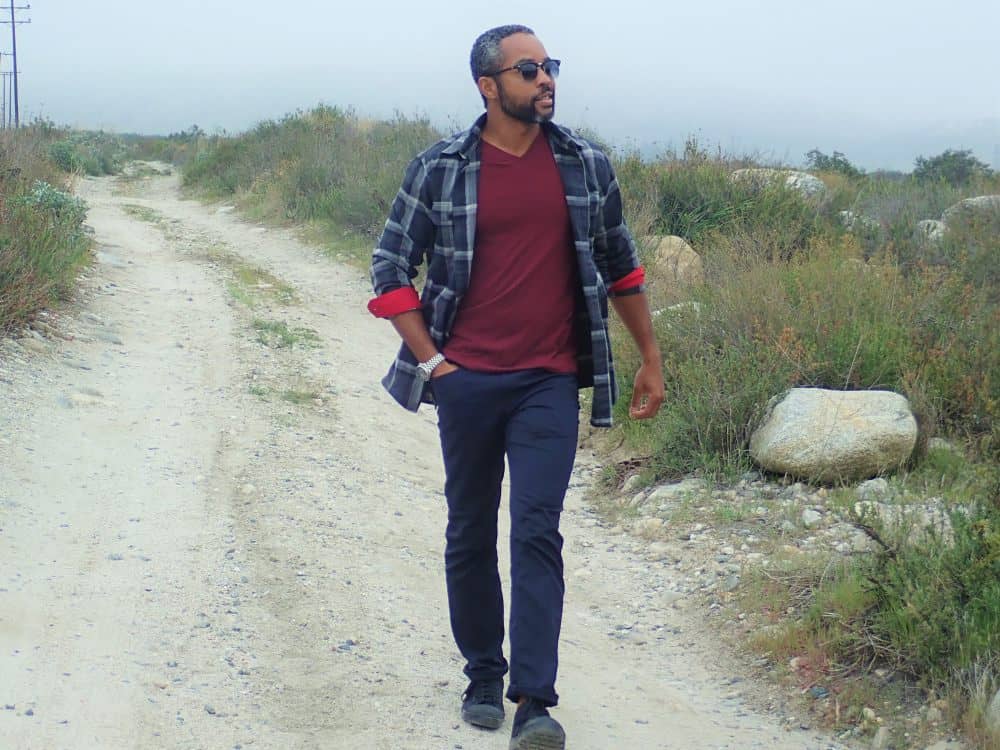 I believe the experience of travel to far off places helps us understand ourselves, others, and the world around us in a way that helps us grow, making life fuller and richer than otherwise possible.

So, for this period of my life, I travel.  I travel to uncommon destinations to meet new people, see new vistas, and take new, uncommon risks.  I explore locales, languages, and foods.  I listen to not so commonly told histories and experience not so commonly shared cultures.

And when each experience gives way to calm, I write.  I write the stories of my travels in hopes to inspire others.   I write to motivate others to create their own adventures. I write to keep adventurous spirits alive through vicarious experiences during the mundane day to day living until the times comes for them to launch their own escapes.

So, until you the next time you hit the road, join in A Brother Abroad’s story of travel…

The Origin Story of A Brother Abroad

A small town in the deserts of California…that’s where this story starts.  A place in the middle of the high-deserts where some people leave for a while but “everyone always comes back”…everyone except me.  As far back as I can remember, I was always curious about what was “outside” of my tiny town, always curious about what other opportunities were out there.  I commonly asked about places beyond California, outside of the US, in Spain, in Mexico, in Japan, in Madagascar. Each time I asked, I always received some variation of the same answer, “I don’t know…but why would you want to go there?”

I was always puzzled by that response. “Why would you go there?”

My initial thought was always the same.

With a world of experiences and pleasures out there, why would I want to stop…before I even started?

I decided I needed two things: exposure, and education.  So, I signed up for an experience that would give me plenty of both.  The School of Hard Knocks.  The United States Marine Corps.  Through this experience I hoped to see places I didn’t know existed while learning skills I didn’t know I needed, all the while becoming the best version of myself.

Little did I know, I would receive one of the best practical educations anyone could receive, and more than I could have asked for.

But just a week after I had signed my enlistment papers the twin towers were hit, and war was on the horizon.

Over several deployments to the Middle East my role as a Marine shifted, from being just another Marine, to being a specially tuned set of eyes and ears for the military units I worked with.  I worked increasingly with the citizens of the country we were in.  I spoke their language.  I ate their food.  I became intimately familiar with their customs, their traditions, and their history.  I learned how to pass seamlessly between cultures…mine and theirs.  What started as an experience of being just a jarhead turned cultural advisor ended with me being an information bridge between worlds…Arabs and Americans.  As a conduit, I slowly absorbed traditions, customs, ideas for living, and lessons from history…all in the chaotic and unstructured confines of a war zone.  The dynamic environment forced me to stay aware of the world around me while constantly questioning myself and how I existed, in order to survive.  The interactions with other nationalities forced me to learn how we are alike, how we are different, and how we are unknowingly interconnected to better relate on the deepest level possible with the every person I met.

I realized the value of seeing, experiencing, and understanding other people, why and how they lived.  I realized that, globally, we have more in common than most people believe. I also realized that the experience of other places and cultures is a practical education that no school can replicate and (for most) an intensely enjoyable experience.

I enjoyed the work I did with the military but I realized that in order to travel the world and experience it freely, the way I needed to, I had to be completely free.  So, I left.  I came up with a plan to join the real world and in between the phases of life, the military phase and the corporate America phase, I would run away and get this travel bug out of my system.

I flew back home to California after separating from the military.  Shortly after getting home I bought a flight for a week later to Argentina.  I didn’t  bring a guidebook, just some Spanish lessons on an iPhone and the willingness to go where other travelers suggested.  My first solo international trip.  You wouldn’t believe how nervous I was.  I got lost. Some of my stuff got stolen.  Buses broke down.  I was stranded for a couple of days on a dirt road…but it was great. It was all great.

I lost myself in the nights of Buenos Aires.  I wandered through Mendoza wine country.  I hiked for days through Patagonia with the breeze rustling through the trees and singing birds as my soundtrack.  Finally, I found myself at the end of the world.

Four months after the start of the adventure, I flew home.

When I got back, I went to grad school for business, specializing in marketing – because relating to people and sharing were passions I wanted to follow through on in my “next life”.  The experience of studying was great, but I had a tough time staying focused on being where I was and not sharing the stories of wandering through the world that I wanted to talk about so much.  The lessons.  The traditions.  The little pleasures.  I missed it all…but I was back in the real world now.  I had gotten the travel bug out of my system.  Except, I hadn’t.  But that didn’t matter, I needed to stay the course and rejoin the “real world”.  That was the plan

I was lucky enough to get a great job in Dallas as management consultant specializing in marketing.  At first the excitement of something new kept me entertained, focused, and eager to learn. As the novelty wore off, my dedication and desire to perform kept me focused and working hard.  As time went on, I woke up.  I realized that the desire to perform well would not lead to a fulfilled life, unless I truly believed the world was being improved or I was being satisfied by the work I was doing.  But, the world wasn’t being improved (according to my standards).  I wasn’t satisfied.  I was only working for a paycheck.  Work consumed my life.  That’s no way to live.  So I did what I do every 6 months.  I took my “Drive Test” to get honest about what drove me, what gets me fired up, and what I felt was worth living for.

Very few situations are bad, but not every situation is good for everyone.  After sticking to my plan as long as it felt right, I realized I wasn’t meant to be a cubicle warrior in corporate America (at least not now).  I was meant to explore, to relate, to absorb, and to share stories of the experiences that happened along the way.  I was meant to reprogram perceptions, not by telling people what is right or wrong but by presenting new stories, facts, and ideas that encourage people to question what the world is really like, and what they are “meant for” as well.

I focused on working on projects that left me energized and fulfilled.  I set a standard for myself to live by, and for anyone who expected that standard of me I expected the same of them.  I saved my money.  Instead of spending my hard earned dollars on slightly satisfying things in the present I saved them for absolutely satisfying experiences in the future.  I picked new skills that I could use to make money from any location, and set aside time every day to study and develop those skills.  I decided to keep up the daily grind, saving, building skills and options until the day came that I couldn’t force myself to do it anymore.  And one day, I realized it was time.

I made the jump

On the cusp of freedom, I sat in Dallas thinking , “what am I living for?”  I was satisfied and content.  I was happy.  But what was I living for? As far as I’m aware, we only get one shot at life and in that moment  I felt there was more I could do in life that was in line with what I enjoyed, what I was best at doing, and what I was passionate about.  So I reviewed the list of what I wanted in life.  Then I asked myself, “What wold I do with life if there were no restrictions?” I would write, travel, get my adrenaline pumping with an adventure now and again, and live in places to experience the cultures I had dreamed of witnessing for so long.  I reviewed my list of every place I would want to go if there weren’t any restrictions. The first item on my list: walk to Everest Base Camp and see Mount Everest with my own eyes (Read: “The Impetus: Why Walk to Everest Base Camp“.

Then I realized, the only thing holding me back…was me.

So I bought a one way flight to Bangkok. And I started writing. And A Brother Abroad was born.

If the adventure ended up being the rich experience I anticipated, it would be worth any risk in the world.  If it didn’t, I would fail pursuing my own legend and grow through the act.

I decided to travel, following the places on my list (and adventures that popped up along the way) until I was satisfied.

I decided to explore and take risks and see what life could be like without the reins, the “shoulds”, and the social pressures.

I decided to write until there were no stories left to write.

To share whatever life enhancing lessons I picked up along the way.  To inspire someone else to walk to the edge…and jump

I hopped on the flight not knowing what would happen.  What came next, I wouldn’t exchange for anything.  And as you read this, I’m still living it…

Find out where I’m at on the “Where I’m Going, Where I’ve been” Page

I love to connect with travelers, locals, and practically anyone, anywhere!

If you want to reach out with questions about coming travels, content you’ve seen here, or you’re just sitting in an international airport waiting for a flight, get a hold of me…I’d love to hear from you

Email me directly at Carlos@ABrotherAbroad.com