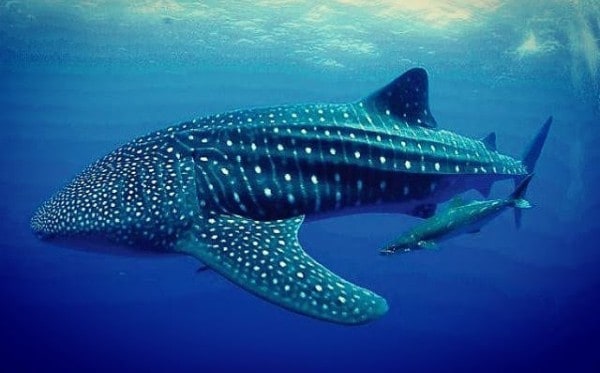 For many travelers, experiences in nature and in the wild are the pinnacle of exploration and swimming with whale sharks, the giants of the sea, is a dream experience with a worthwhile place on their bucket list (just like on mine).  Lucky for us, Donsol whale shark interactions can easily become a reality in a way that protects the whale sharks, builds communities, and leaves us travelers with memories of the experience of a lifetime.

Read on for the most important things you need to know about swimming with whale sharks in Donsol, why it is one of the most eco-friendly options for the adventure, and how you can make it happen, easily, and cheaply

19 Important things to know about the Donsol whale shark experience

If you inspire someone else to swim with whale sharks, inspire them to do it the right way

What to Expect in your Donsol Whale Shark experience

After registering, with the visitor’s center or your tour provider you’ll be directed what time to arrive in the morning.  Don’t forget your towel and a dry top to stay warm with the cool sea air blowing by after you get out of the water.  Once everyone is accounted for, you’ll climb onto the boats and head out to see.

Boat types will vary, but expect one of the Filipino style outrigger boats, equipped with a salty crew.  Once you all have loaded up you’ll be heading out to sea.

Some of the crew members will be dedicated to spotting whale sharks, just as these fellas are.  As the boat cruises along and you enjoy the fresh air, they’ll keep their eyes out for dark spots in the water in areas where the sharks are known to surface and feed.

This way, the whale sharks will naturally swim right by you before diving giving you maximum interaction time with minimal swimming.

Once the sharks are gone, you’ll get back onboard and repeat for a few hours or until you and the crew are satisfied…whichever is shorter.

If you’ve booked a tour through an agency and are lucky enough a marine biologist may be on board to provide commentary.  In all cases, this scientist will share information as it comes to mind and be open to answering any questions.  Some of the biologists have been known to jump in with you as guides also allowing them to explain events or whale shark behavior (that you all may have observed) after getting out of the water.  The Buntanging Interaction Officer (BIO) may also jump in the water too, with the goal of observing and enforcing rules.

Do keep in mind that the second one boat finds a whale shark, all other boats will be following after shortly, so don’t expect to have the shark to yourself forever.

Do keep in mind that a whale shark interaction is not guraranteed.

The Rules of Interacting with Whale Sharks

Whale sharks are very mysterious because of two factors.  First, most of their lives are spent at depth, beyond where humans can follow easily.  Second, these creatures are nomadic, known to travel thousands of miles follow food, natural patterns of life, and other unknown factors.

The point is, we as people just can’t keep up with whale sharks…which is why they remain a mystery

The Story of Donsol: How this fishing town became an eco-tourism mecca

Once upon a time, Donsol was simply a poor fishing village, lackluster and with most its residents living near the poverty level.  During that time, and as early as 100 years ago, whale sharks were viewed as an opportunity to fish and a jackpot payday.  Weighing in at nearly 11 tons on average, a single whale shark could bring years’ worth of income for a poor fisherman.

In 1998, with the ratification of the “Philippines Fisheries Code of 1998” it became illegal to hunt, catch, or harvest whale sharks (and manta rays), dead or alive.  With this change, the fishermen had to adjust their habits to survive.

Around the same time, a group of SCUBA divers swam and interacted with a Donsol whale shark, getting footage of the experience.  The video showed that whale sharks were docile by nature and that the experience of swimming with them was safe, very achievable, and immensely enjoyable.  The former whale shark fishermen, who once used spotters to locate whale sharks to hunt, now used their skill of hunting whale sharks to locate them and facilitate eco-tourism interactions.

The world wildlife foundation caught wind of the activities and offered their support and mentorship in developing the Donsol whale shark tourism into the sustainable, eco-friendly operation it is today.

The Donsol whale shark operation has contributed much to finance development, social programs, and investment in marine conversation and protective activities for endangered whale sharks and manta rays as well as other marine life near Donsol.

Since the first organized and publicized whale shark interactions ~1998 and the passing of Philippine laws protecting whale sharks in 1998, the World Wildlife Foundation has actively supported the Donsol eco-tourism operation.  Their goal has been

The Debate of Donsol vs. Oslob: Which should you go to and why?

Though you can swim with whale sharks in Oslob for far cheaper, Donsol’s tourism operation is unquestionably positive, leaving little doubt the operation results in a “net positive” outcome.

Dosnol’s guide teams and Buntanging Interaction Officers (BIOs) ensure that a limited number of boats are in the water, with a limited number of swimmers, and that all swimmers stay at least 3 meters from the shark – any violations will result in fines or prison time.

Though Oslob’s tourism activities are growing it has yet to fully enforce limits for the number of boats in the water and the number of swimmers allowed for each interaction.  The interaction area, a ~20 meter circle, can be crowded with countless boats and flailing swimmers, make the experience less than enjoyable for some.  Also, plan on being very early (4:00AM) if you have any hope of beating the crowds in Oslob

Outside of regulation and enforcement, the main reason to go to Donsol over Cebu is that it is completely natural.  Whereas in Oslob, Cebu, sharks are baited into warm, shallow waters, where they rarely spend time naturally instead staying in the cooler waters further out to sea.  The Donsol team merely follows the sharks, avoiding any actual interaction, and facilitates observing them in the water.  This approach results in no change to the habits of whale sharks (e.g., where they eat, where they live, how they interact with boats) which is the primary criticism of the Oslob operation and the argued benefit of the Donsol operation.

If you can afford the extra money, head to Donsol to encourage truly sustainable tourism that doesn’t disrupt the whale shark’s way of life.  The mayor of Oslob has spoken of increasing the price of the interaction to limit the number of participants so hopefully the tourism industry in Oslob will continue following in Donsol’s positive footsteps.

If Donsol is out of your budget, I still recommend going to Oslo but please read “Why I DID Swim with Whale Sharks in Oslob” get a perspective on the full picture in Oslob.

Why do the whale sharks come to Donsol? Rich Food Sources and Great Underwater Topography

Whale sharks feed on zooplankton which are tiny microorganisms in the water.  These little creatures prefer nutrient rich waters to provide their food as well. The Donsol River, which dumps into Donsol’s bay, delivers the nutrients which attract the plankton which ultimately attracts the whale sharks.

Additionally, the underwater topography and depth is welcoming to the whale sharks, providing the deep, cool waters they call home in close distance to lush feeding areas rich with plankton.

How to arrange a tour for swimming with whale sharks

The cheapest way to swim with the whale sharks in Donsol is to register at the Donsol visitor center in Barangay Dancalan.  It is best to do this in advance, especially during the busy season as the number of boats and spaces on them are limited.  If you decide to simply register the day of, just show up at the visitor center at 7:30AM.

You will pay a registration fee of 300 PHP (~$6 USD) as a foreigner and a 3500 PHP (~$70 USD) split between a boat of maximum 6 people.  Each boat will be assigned a Buntanding Interaction Officer to guide the interaction with the whale sharks.

Alternatively, you can have your hotel or guesthouse book the interaction for you, for a small fee, or go to one of the dive or tourism shops, like Frontier Whale Shark Tours, for a more tailored experience.  These private guided tours usually include a marine biologist that enters the water with you and adds an element of education to the experience.

How to get to Donsol

By Plane: Fly into Legazpi, there are several flights daily from Manila and three from Cebu City

By Bus: From Manila, 13 hours direct to Donsol or several to Legazpi including overnight options

Other Interesting Reads from on Whale Sharks in the Philippines:

A Note on the Photograpy:

ABA is taking an opportunity to go social and share the work of other creators.  Many of the images to be featured over the coming months are shared from social media accounts.  I’ve run into tons of aspiring photographers, creators, and small businesses.  I’ve decided to hunt them out and share their images in my content to increase reach.  If you like what you see, support their work with a follow (all accounts linked in photo credits).